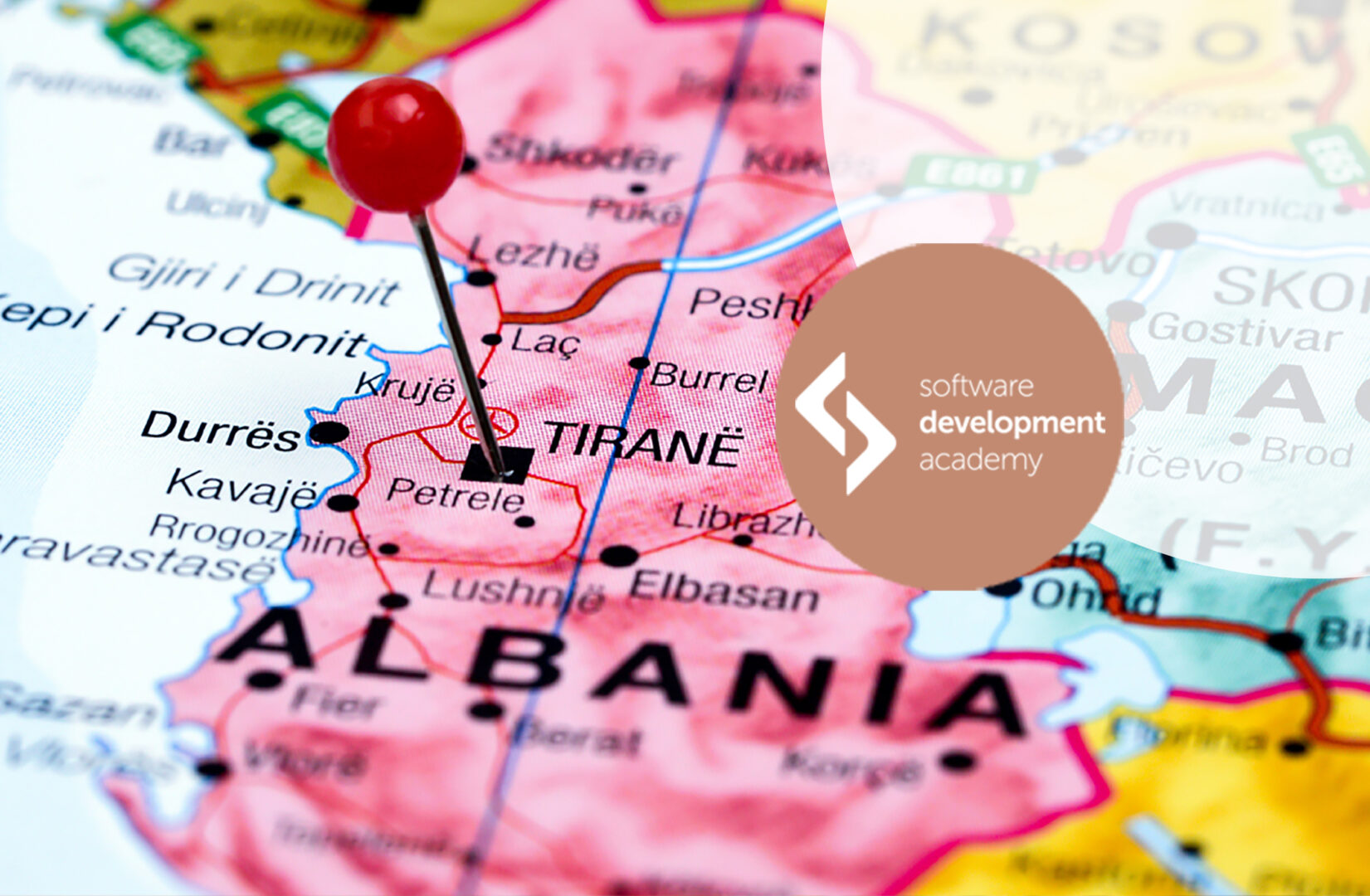 SDA with yet another success to enjoy!

Software Development Academy has made some very valuable additions to its portfolio. After a successful entry into the Czech Republic, where SDA launched two courses, the company won a contract for delivery of services in Albania.

Together with the Albanian-American Development Foundation, the company will conduct the project ‘SDA by Protik”, which is aimed at supporting employment and career development of ICT experts on the Albanian market. More than 1500 people will get a chance to earn programming competences thanks to more than 100 courses to be conducted in the next five years. The project inauguration ceremony took place on 14 October in Tirana – it was attended, among others, by the Prime Minister of Albania, the mayor of Tirana and the management board of AADF.

“We are proud to be a part of this undertaking and change the way, in which the future IT experts acquire their new competences”, says Piotr Mazur, the vice-president of SDA.

The Company, however, is not limiting itself to the European market – its services have gained interest on other continents as well – in the recent period, two programming courses have been launched in the Philippines.

Software Development Academy is a leading programming bootcamp company in Central and Eastern Europe. The New Technologies ARIA Fund invested in SDA in 2019. The investment capital was used for international expansion and acceleration of sales in Poland, which contributed to strengthening of its position as a leader on the domestic market. In year 2020, the company started to diversify its services by introducing online trainings.