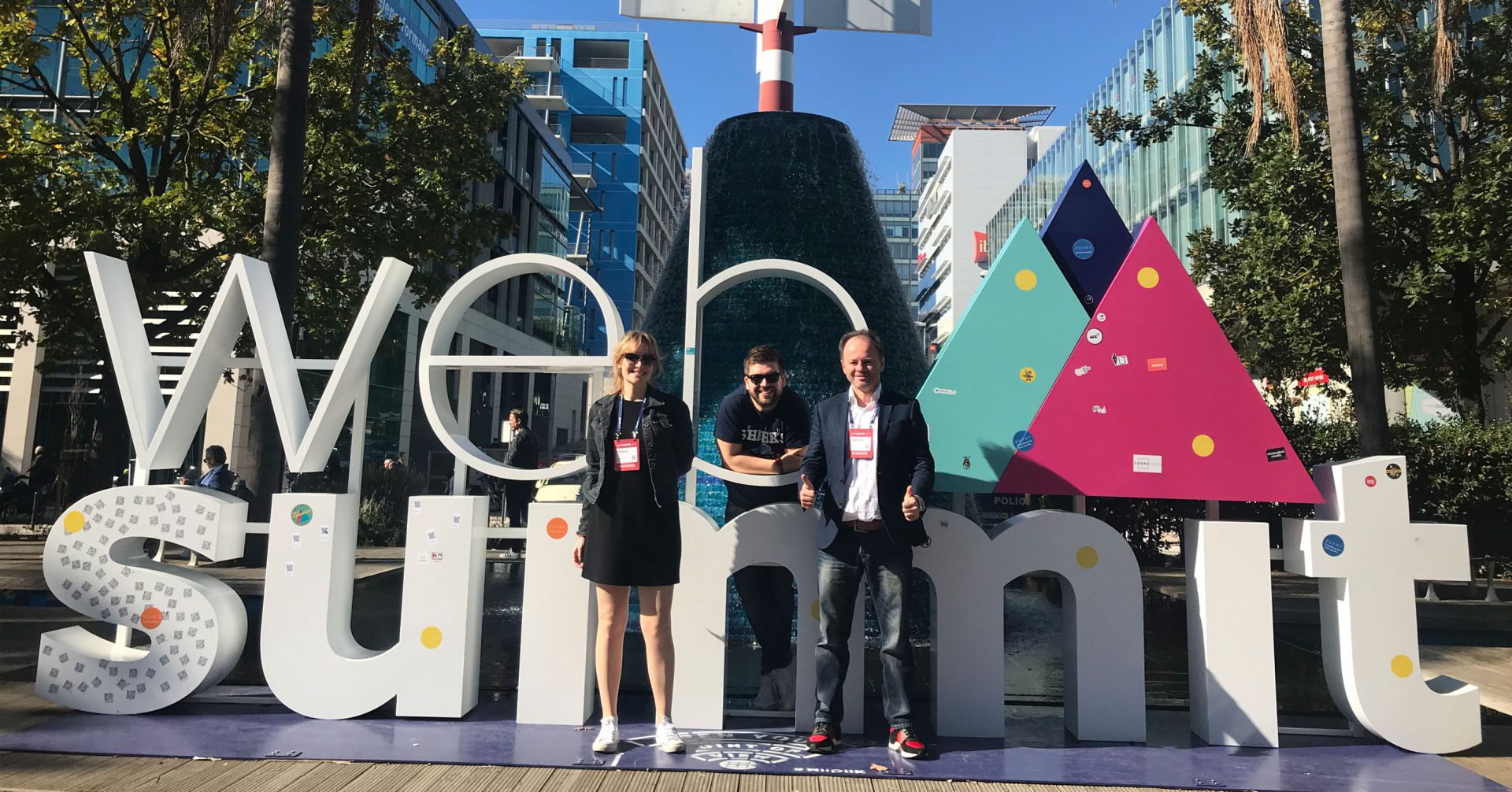 60k specialists, 20k companies and 3k journalists from over 170 countries, including our team members – that’s WebSummit in numbers. The largest and most important event combining the world of new technologies with that of business and finance has just come to and end in Lisbon, Portugal. Survicate, one of our portfolio projects, proved a great attraction among the attendees.

There is a sound reason why WebSummit attracts the biggest business sharks, hosting companies such as Amazon, Adobe and Tinder. Over the years, the event has helped to identify some of the most recognisable entrepreneurial gems in the world; one of them being Uber. “This small company” from San Francisco, after WebSummit 2011, has raised $37 million in record funding and become the industry behemoth it is today, operating in over 600 cities all over the world. This year’s exhibitors included our portfolio brand, Survicate. The company developed an all-in-one customer feedback tool focused on SMB, which offers 5 solutions: targeted website surveys, user-initiated feedback widgets, one-click email surveys, NPS email surveys and questionnaires. Survicate founders showcased an improved version of their SDK survey system. Over 300 people signed up for the SDK test; long before the conference began. “Survicate enjoyed a great deal of interest,” reports Dariusz Lewandowski, President of ARIA Fund S.A. “It only proves we did well by investing in the company. They offer a product for which there is a high demand and a clearly defined development strategy.” ARIA’s team, including Dariusz Lewandowski (CEO), Kacper Bujalski (Venture Partner) and Marta Walendzewicz (Investment Analyst), took part in WebSummit’s Office and Mentor Hours, a series of short prescheduled meetings that facilitate interaction between investors and startups. They were also selected to participate in an exclusive meeting held by the Prime Minister of Portugal, on an old naval ship. The team took the opportunity to talk about potential cooperation with funds representing Silicon Valley (USA). Will ARIA Fund’s visit to WebSummit 2017 result in new investments? We’ll be answering the question soon.
Back
Scroll up
Strona wykorzystuje pliki Cookies. Kontynuując zgadzasz się na ich użycie. polityka prywatności